Smoking harms not only physical health, but mental health too…

A middle-aged cigarette smoker who has smoked for decades is two to three times more likely to die early than someone similar who has never smoked. Tobacco smoking is well known to be a major risk factor for various cancers, lung and cardiovascular problems, and is also linked to other health problems, such as complications in pregnancy, low sperm count in men, oral problems, and increased likelihood of cataracts. 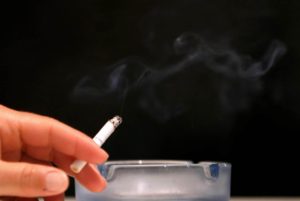 Little wonder then that the World Health Organisation (WHO) sees tobacco smoking as the number one avoidable cause of death in the world. US statistics reveal that smoking causes more deaths each yearthan HIV, illegal drug use, alcohol misuse, motor vehicle injuries and homicides combined. Similar comparisons can be found in UK statistics.

However, while there can be few today who are unaware of the toll smoking takes on the body, the effects of long-term tobacco smoking on other areas such as learning and memory are less well known.