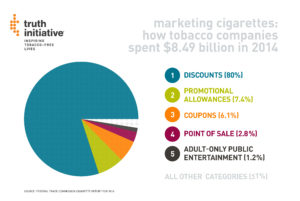 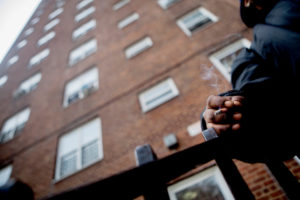 Smoking will be prohibited in public housing residences nationwide under a federal rule announced on Wednesday.

Officials with the Department of Housing and Urban Development said that the rule would take effect early next year, but that public housing agencies would have a year and a half to put smoke-free policies in place. The rule will affect more than 1.2 million households, the officials said, although some 200,000 homes already come under smoking bans adopted voluntarily by hundreds of public housing agencies around the country.

The nationwide ban will have its greatest impact in New York, where the New York City Housing Authority — whose 178,000 apartments and more than 400,000 residents make it the largest public housing agency in the United States, has lagged behind many of its counterparts in adopting smoke-free policies. While HUD proposed the sweeping prohibition a year ago, it had been prodding public housing authorities to adopt such policies since 2009.

Smoking scars DNA in clear patterns, researchers reported Tuesday. Most of the damage fades over time, they found — but not all of it. Their study of 16,000 people found that while most of the disease-causing genetic footprints left by smoking fade after five years if people quit, some appear to stay there forever. Image: A customer smokes a cigarette in a cafe A customer smokes a cigarette in a cafe in Prague, Czech Republic, May 25, 2016. DAVID W CERNY / Reuters, file The marks are made in a process called methylation, which is an alteration of DNA that can inactivate a gene or change how it functions -- often causing cancer and other diseases. "Our study has found compelling evidence that smoking has a long-lasting impact on our molecular machinery, an impact that can last more than 30 years," said Roby Joehanes of Hebrew SeniorLife and Harvard Medical School. Heart disease and cancer are both caused by genetic damage -- some of it inherited, but most of it caused by day-to-day living. Smoking is one of the biggest culprits. "The encouraging news is that once you stop smoking, the majority of DNA methylation signals return to never-smoker levels after five years, which means your body is trying to heal itself of the harmful impacts of tobacco smoking," Joehanes said. Read more......
Read more